Introduced on the 19th September 2018. I tried keeping one of these adorable little crustaceans back in 2016, when the tank was relatively new. Sadly after just 20 days it vanished and I vowed not try another... then I came across another for sale. I reasoned that now that the tank is mature the itty bitty crustacean would stand a better chance at survival so home he came with me. As I type this, it's been 26 days since introduction and I'm happy to say that he's taken up permanent residence amongst the branches of Seriatopora, hiding underneath the relative safely Utter Chaos zoanthids during the day. He blends in rather well with the orange of the polyps. He's been named Jaffa and readily accepts all sorts of food from the pipette I am more hopeful he will do better than Stripes did.

Jaffa proved to be an absolutely delightful little crustacean to keep. For 8 months he resided quite happily amongst the Utter Chaos zoanthids. Whenever I added food to the tank he would suddenly pop out and wave his over long arms around in an attempt to snag any morsels floating within reach. Sometimes he would be successful but mainly I would offer him food directly via a pipette. Unfortunately I went away on holiday May 2019 and on my return I discovered that he was on the move, I can only assume that as he wasn't fed as regularly he felt the need to find a better feeding location. This proved to be his downfall as he too vanished on the 30th May 2019. I can only assume that he fell prey to the weir or Tunze pumps in the same way that Stripe did. Such a shame. 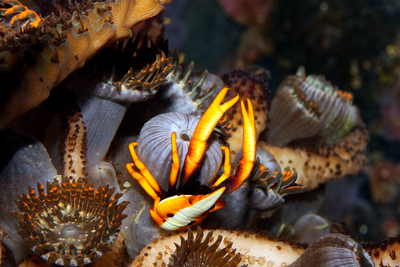 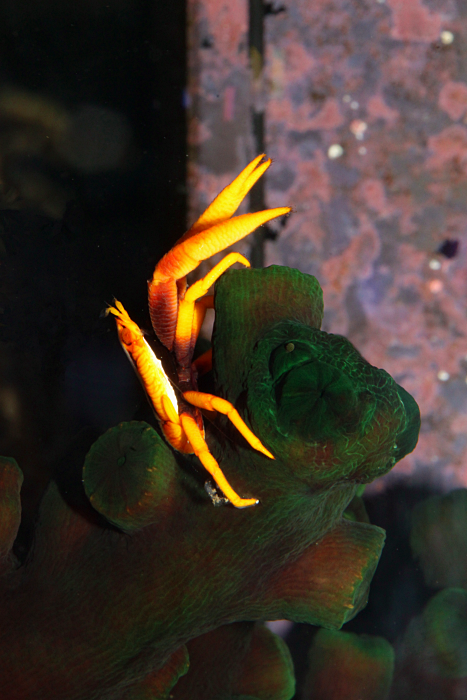 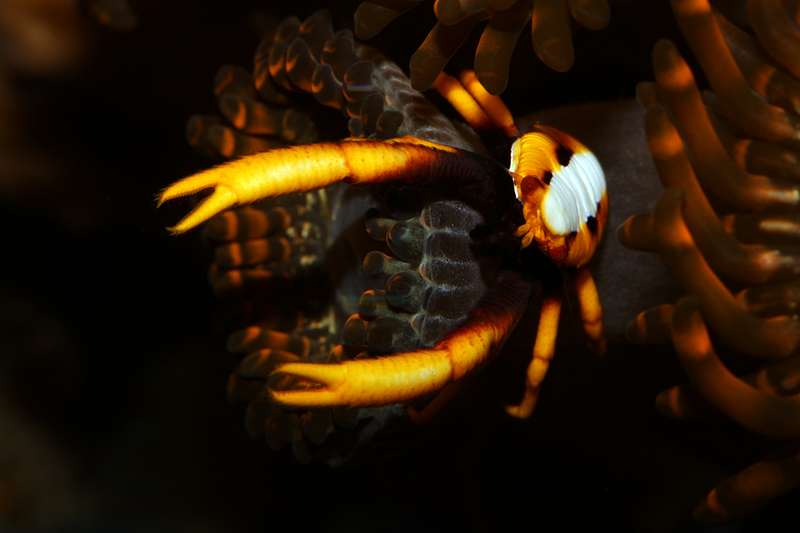